Bookmark this page to follow developments in this project. 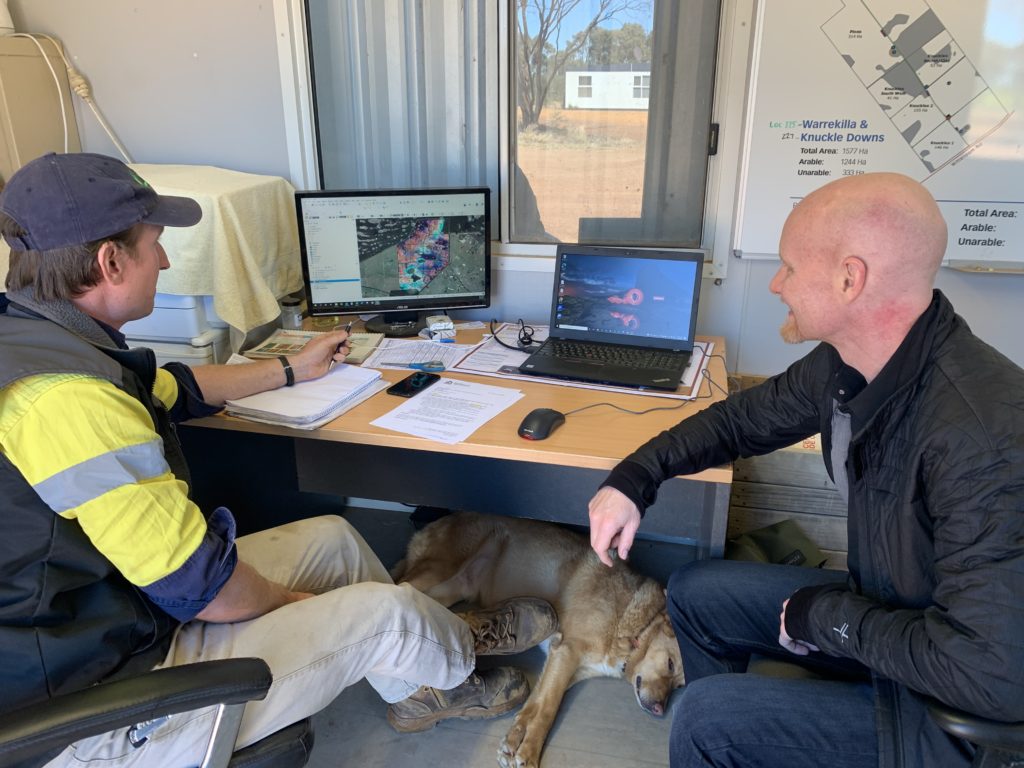 Those opting into the early adopter community are interested in data-driven decision making and can see the vital role producer data will have over the next decade.

The project team, a collaboration between DPIRD & Curtin researchers, the Grower Groups Alliance, and the Food Agility CRC, is very appreciative of having the support of these growers but believes this cohort demonstrates the innovative reputation of WA producers.

The early adopter community comprises of growers from:

Participating growers will help guide the trajectory of the project. For example, participants have been working closely with the project team to develop data-sharing agreements that are comprehensive enough to ensure the security of growers’ data while fitting on two pages.

Adam Sparks said, “we encouraged the groups to be as critical as possible of the data sharing agreement that we shared with them to ensure that we addressed their concerns. We must get this right for the project to be successful and their feedback was critical for us to achieve this, and it gives them assurance that we are listening to and addressing their concerns.”

Three growers from EZI will be the first of the early adopter community to share data with the project and receive an individualised whole of farm liming strategy.

The group Secretary Belinda Lay said, “Esperance Zone Innovation (EZI) Group Inc was keen to participate in the Data Sharing project as they believe that whatever model emerges for the management of farm data should be undertaken in the best interest of producers.”

John Sanderson, who is the Chair of EZI and participating as part of Sanderson Farms, had this to say

“As farmers, we focus heavily on our produce, how to get the best yield, the best quality and the best return from our products. A product that gets forgotten about is data. Already our industry is producing huge amounts of data each day, and in the coming years, this increasing yield of data is set to swamp us. That is why I took part in the creation of EZI. It’s my belief that we need to start investing time and money into data, just as we do the other commodities we produce. Clean, organised data sets are the future of agriculture, and without them, we can never hope to maximise our productivity and profitability.”

While in Esperance consulting with interested producers and groups, Michelle Condy and Adam Sparks also met up with Joel Andrew, the Productivity Manager at Mt Burdett and EZI member. Having worked as a precision agriculture consultant Joel is familiar with growers on each end of the digital adoption curve.

“There’s a lot of people that don’t put a value on data, and I think we can change that because there’s a value to it, for how we manage the farm business better,” and he thought the liming strategy delivered by the Farm Data Sharing Exchange was a terrific way to demonstrate this. He also acknowledged that on the other end of the spectrum some local producers are so committed to the future value of production data, they are “collecting data with the expectation that we don’t know what it will be used for in 5 years’ time”.

Aligned with their commitment to demonstrating best farming practices, Mt Burdett Foundation is sharing data with the project as part of the early adopter community.

On 6 July a small soft launch event lead by the Project Team was held to inform early GGA Network stakeholders as to the details of the project, the benefits and how to be involved.