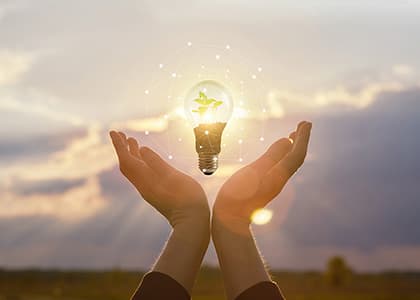 In April 2021, the Grower Group Alliance was awarded a major $8 million tender to lead the South-West WA Drought Resilience Adoption and Innovation Hub (SW WA Hub) which will run over the next four years to June 2024.

In October 2021, the Australian Government announced additional funding for Australia’s eight Drought Resilience Adoption and Innovation Hubs, including $2.5m for the SW WA Hub. This expands the remit of the Hubs from being just drought focused to agricultural innovation more broadly. However, drought resilience remains a core focus for the Hubs.

Australia’s Drought Resilience Adoption and Innovation Hubs are part of the Australian Government’s $5 billion Future Drought Fund. They will provide networks for researchers, primary producers, community groups and others to work together to enhance drought resilient practices within their region. This focus on collaboration will make agricultural research useful and accessible, increasing innovation and commercialisation opportunities.

The SW WA Hub is set to transform the way farmers and communities prepare for and respond to drought. It has strong support from all segments of the WA supply chain and SW WA Hub partners are providing significant co-contributions. GGA is the only non-university lead out of all eight hubs across Australia.

The geographical area of the SW WA Hub extends far beyond what many Western Australians know as our South West region. Within this national project, the Hubs are organised into regional areas that broadly reflect the key agricultural and climatic zones across the country. The SW WA hub is essentially everything south of the Pilbara, and includes what those in the agricultural industry know as the entire southern agricultural growing region of WA. Read more within the SWWA Hub Factsheet.

The WA agricultural industry is highly successful, exporting more than $7 billion annually, or more than 80 per cent of production. Key industries include:

National Hubs at a Glance

The eight Drought Resilience Adoption and Innovation Hubs are:

Each Hub will service a broad area and will respond to the needs and opportunities in their region. A hub and spoke model will see drought resilience shopfronts across every region.

Extract from BOM State of the Climate Report 2020: The drying trend in southern Australia has been most evident in the southwest and southeast of the country. Rainfall analyses in these regions can be extended back to around 1890 due to greater data coverage, enabling current droughts to be compared to historical droughts such as the Federation drought (1895 to 1902). The recent drying across these regions is the most sustained large-scale change in observed rainfall since the late 1880s.

The trend is particularly strong for the period from May to July over southwest Western Australia, with rainfall since 1970 around 20 per cent less than the average from 1900 to 1969.  Since 2000, this decline has increased to around 28 per cent.

GGA will engage with stakeholders as the Hub takes shape. Meanwhile, FAQ may be answered at these sites or in the media releases further below on this page:
* Australian Government – Drought Resilience Research and Adoption Program
* Subscribe to “Have Your Say” the main Federal engagement point for Hub activity
* Read the Future Drought Fund Annual Report 2020-21, that details the achievements of the Fund in its foundational year.

Diary Dates and past events

June 29 to July 1 2021 | FDF Drought Resilience Science to Practice Innovation Forum
The first annual nationwide flagship event for the Drought Adoption and Innovation Hubs; ‘Science to Practice Forum- Building the Foundations of Drought Resilience ’, ran over three days in the last week of June. Most formal sessions took place from a central location in Canberra with the Future Drought Fund team supplemented with a physical presence in each of the eight regional Hubs. GGA hosted a SWWA Hub component from the Merredin Dryland Research Institute. Click through here for a debrief of the event and to access presenter recordings.

GGA has a steering committee to oversee the SW WA Hub project governance. This comprises two GGA representatives and two industry representatives chosen for their experience and broad understanding of the WA agricultural context.